The Greek Play relies on the wonderful generosity of its supporters, without whom the tradition would quite simply be unsustainable.

The 2016 plays were supported by several generous donors, in particular the Gatsby Foundation, Adrian (John) Osborn and Trinity College; also the A. G. Leventis Foundation and St John’s, Emmanuel and Magdalene Colleges. Rehearsal space was generously provided by the Faculties of Classics and English and Emmanuel, Gonville and Caius and Robinson Colleges. For help with the vital matter of accommodating the cast and crew during the rehearsal period we are grateful to Emmanuel, Gonville and Caius, Homerton, King’s, Newnham, St Catharine’s, Trinity and Wolfson Colleges. Rachel Sinfield and Anastasia Christophilopoulou kindly collaborated with us to produce a display themed about the Greek Play at the Fitzwilliam Museum.

The  Cambridge Greek Play website and the videos of the 2013 and 2016 productions were made possible by a generous donation from Gifford Combs. The committee would like to thank him for helping us make these invaluable resources available to a wider audience. 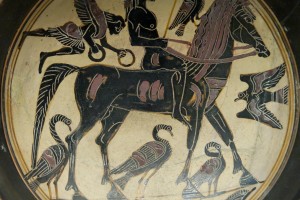