ELECTRA was performed 26 February - 1 March 1980. The production toured to Delphi and Ithaca in August 1981.

The cast featured Simon Goldhill, now Professor of Greek Literature and Culture at the University of Cambridge. The production photographs were taken by Nigel Luckhurst.

Chorus member Nancy Jane Rucker describes how ‘we learned to chant our Greek in what seemed at the time a cross between modern Greek pronunciation and a Welsh lilt, certainly a long way from the Greek of our primers at school. We struggled with the complexities and rhythmic excitement of Greek choral odes, and even managed, in our flowing peploi, to remember the intricacies of our dance movements’ (‘The Cambridge Greek Play in Delphi’, in Clare through the twentieth century: portrait of a Cambridge College, ed. L. Shaw-Miller, p.230). 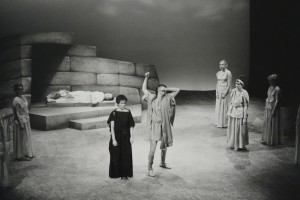 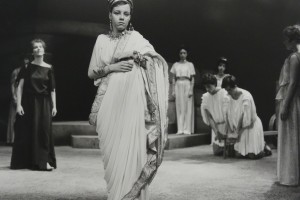 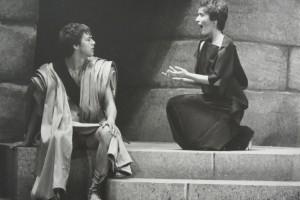 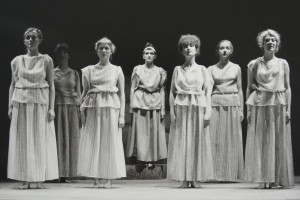 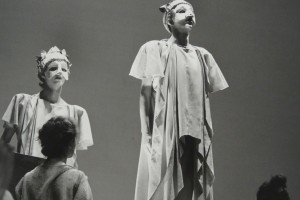 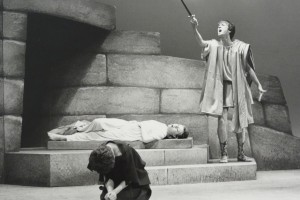 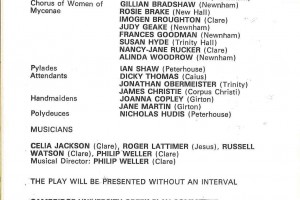 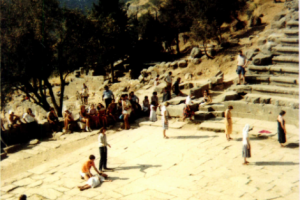