OEDIPUS TYRANNUS was performed in November at the Theatre Royal.

‘Incidental music’ was composed and directed by Charles Villiers Stanford, who became Professor of Music at Cambridge later that year. It was later published as his opus 29 by Stainer and Bell, and a combined edition of music and text was published called The Oedipus Tyrannus of Sophocles as arranged for performance at Cambridge, November, 1887. 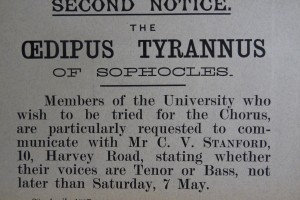 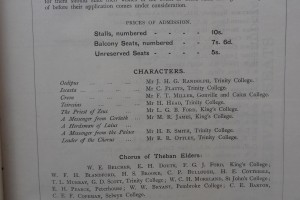 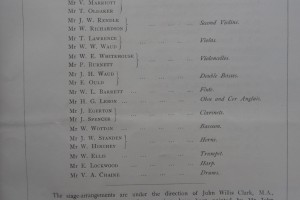 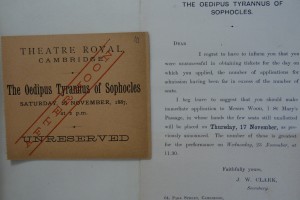 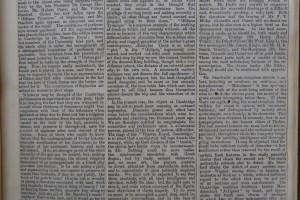 It would be hard to find among amateurs a better Oedipus than Mr Randolph. From the moment the fatal truth is revealed to Oedipus, Mr Randolph has the audience fairly in his grasp.