The FROGS was performed in the brand-new Arts Theatre in Cambridge, with an extra matinée at the Chiswick Empire.

The actors’ text and translation sold to audiences was D.W. Lucas and F.J.A. Cruso, Aristophanes: the Frogs (Cambridge 1936). The programmes were designed by artist Gwen Raverat, and the conductor was once again Boris Ord. Many elements from this production, including the music by Walter Leigh, were reused in the 1947 production. 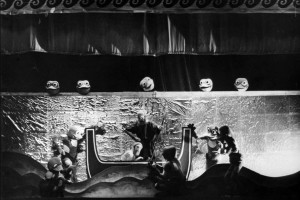 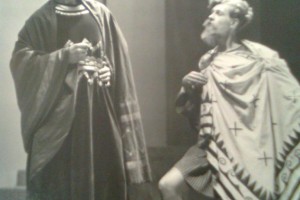 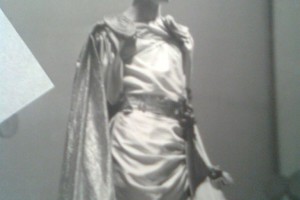 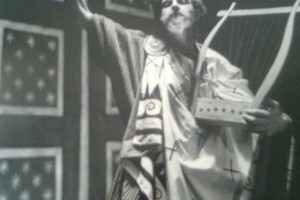 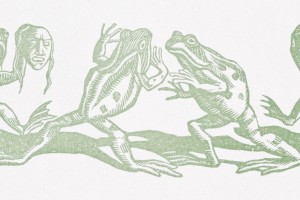 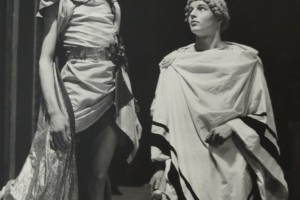 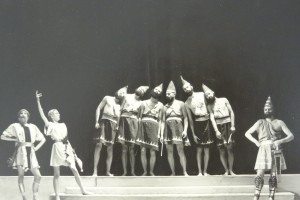 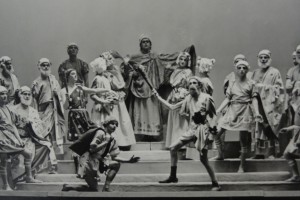 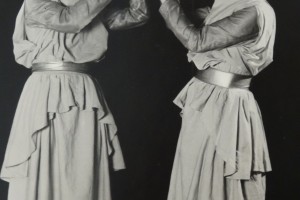 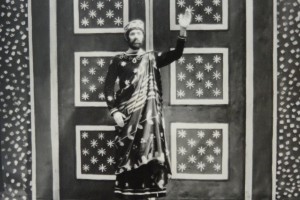 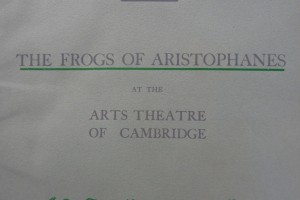 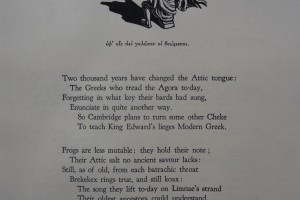 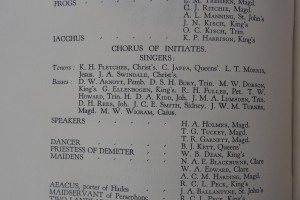 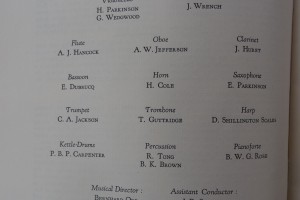 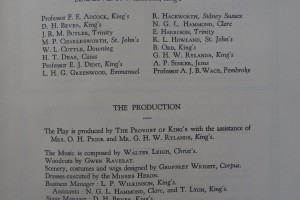 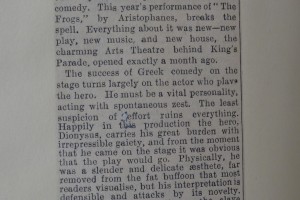 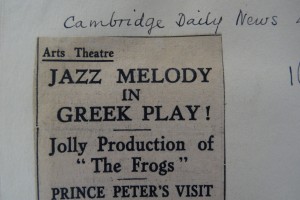 The best dramatic entertainment to be seen in England.