The ORESTEIA was performed at the Arts Theatre in February 1933.

The translation sold to audiences was J.T. Sheppard, Aeschylus: The Oresteia, Cambridge 1933. The music from 1921 was reused (despite containing Trevelyan’s translation) and reprinted. As in 1930, it was conducted by Boris Ord, Director of Music at King’s College.

The programmes were designed by Gwen Raverat, granddaughter of Charles Darwin and author of the memoir A Period Piece. Raverat also contributed programme art to the 1936 and 1947 productions of the Frogs.

Athena was played by J.G.W. Davies. 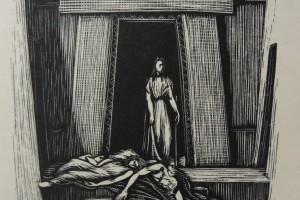 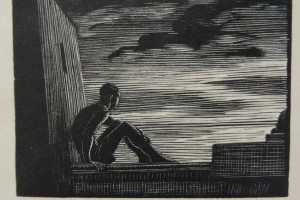 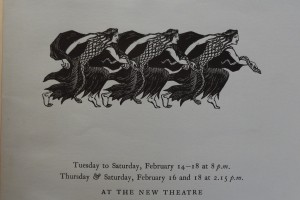 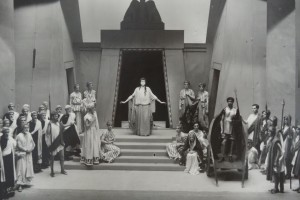 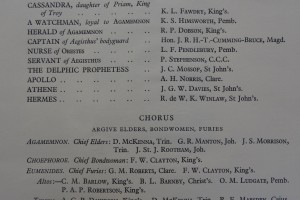 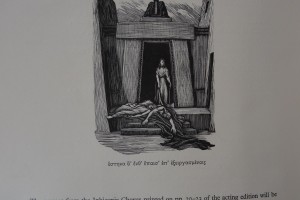 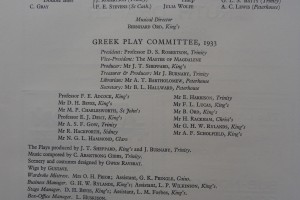 The present production as a whole is a brilliant success. The scenery and dresses, designed by Gwen Raverat, are quiet and impressive, with a few well-chosed flashes of splendour… The three characters who bear the chief burden of the trilogy are Clytemnestra, Cassandra and Orestes, and all these were excellent. Clytemnestra was superb in all her great moments.