The ORESTEIA by Aeschylus was performed in 1921, and this was the first production where more than one play was performed.

The translation sold to audiences is R.C. Trevelyan, Aeschylus: The Oresteia (Cambridge 1920). The music by C. Armstrong Gibbs (op.33) was . J.T. Sheppard published a guide to the story in the Cambridge Review, 28 January and 11 February 1921. Film footage of the production was taken, with  a half-hour showing  put on at the Victoria Cinema in May Week.

Music commissioned from the prolific composer Armstrong Gibbs (op. 33) was conducted by Charles Wood and published by J. Curwen & sons.

The ambitious production – making good, perhaps, for the silence of the Greek Play during World War I and the years thereafter – resulted in a budget deficit of over £425. The committee had to put out appeals for donations after the production to clear the debt. 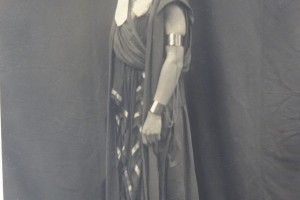 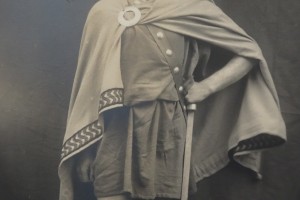 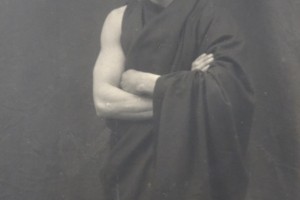 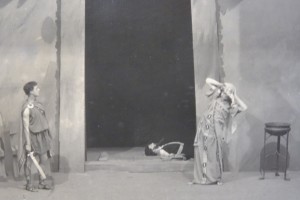 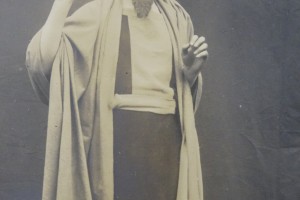 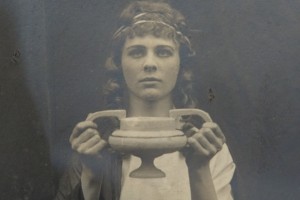 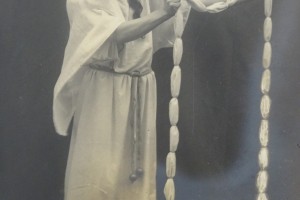 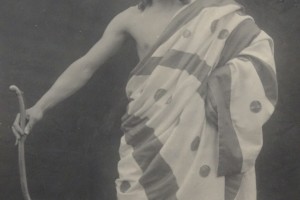 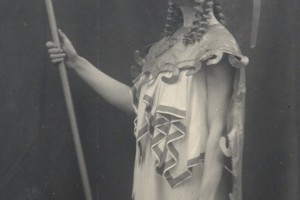 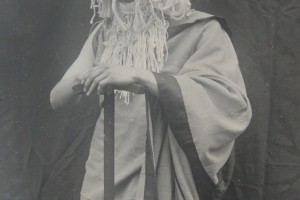 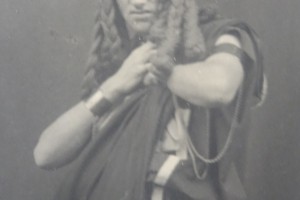 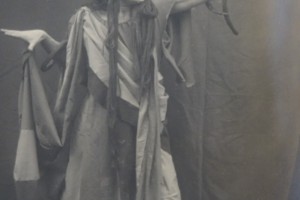 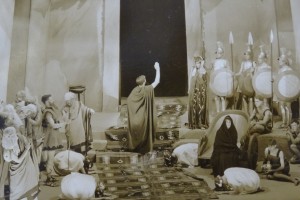 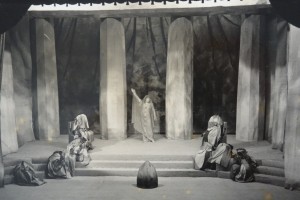 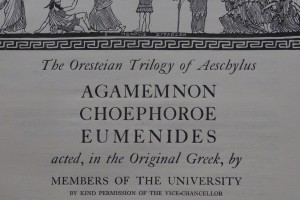 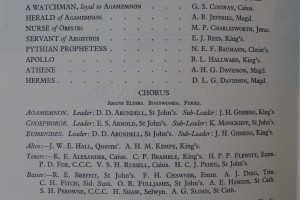 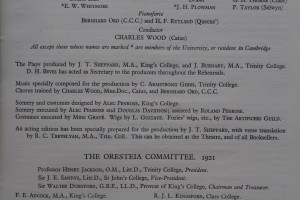 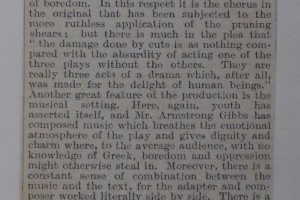 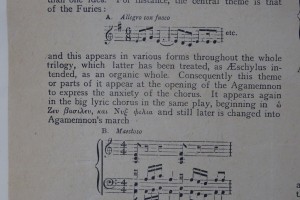 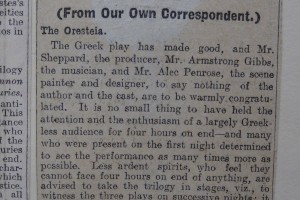 [Sheppard] produced an artistic ensemble: which is a rarity. The effect was colossal.