ION was performed in November at the Theatre Royal.

The actors’ text and translation sold to audiences was M. A. Bayfield and A.W. Verrall, Euripides: Ion (Cambridge 1890). (Verrall contributed the choral odes.)

The orchestra was conducted by Charles Villiers Stanford, Professor of Music at Cambridge and Organist of Trinity College. The music by Charles Wood (organ scholar and later Director of Music at Gonville and Caius College) was later published, as was a combined publication, The Ion of Euripides as arranged for performance at Cambridge, November, 1890 (Cambridge 1890). 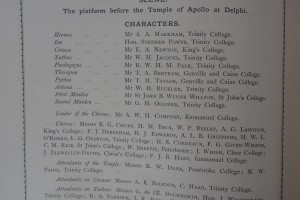 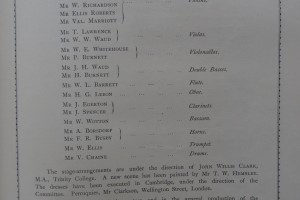 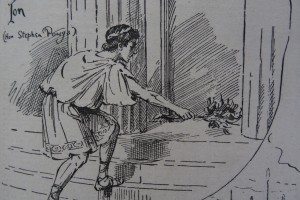 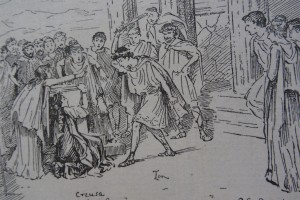 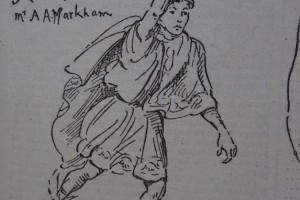 The audience broke into hearty and unanimous applause… The whole performance was an undoubted success.