For most of the performers, being in a Greek play is a gateway to a new dramatic world. Katherine McDonald, who was in the chorus of the 2010 production and is chorus-leader this year, gave us her thoughts as of the end of March:

Acting in the chorus of a full-scale production of a Greek tragedy in the original language is a once-in-a-lifetime experience – so it seems rather unfair that I’m being allowed to do it twice. I auditioned for Agamemnon more than three years ago, and now I am thrilled to be joining the cast of the history-making Prometheus/Frogs double bill. The new cast met for the first time in March for a series of initial workshops with Helen Eastman (director) and Alex Silverman (composer). 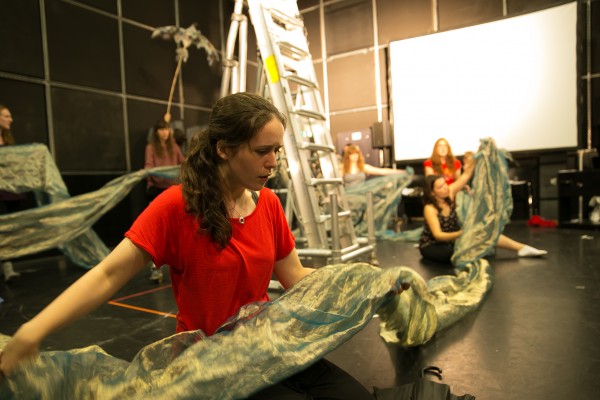 Helen made it clear from the first that, for her, choruses do not just stand and chant. This was a huge relief to everyone: many people will have seen productions of Greek plays in which the chorus doesn’t quite seem to fit in. But in Helen’s hands we knew that the chorus would make sense. The physicality of the chorus was essential to making theAgamemnon visually engaging for the audience, not least since they are onstage for the entire production, and their first chorus is the longest in any Greek play. Nor did the fact that this was a chorus of “old men” hold us back: when they needed to be, those men were pretty sprightly. The skills we learned in the initial workshops – puppetry, singing in 5/8 time, gravity-defying lifts and balances – all fed into the final look and sound of the chorus.

As a chorus, we worked hard on remembering our lines, but we probably worked harder on techniques that enabled us to move together as a group. This was a feat nearly as difficult as learning Greek, but after six weeks together we could respond to the action onstage as one unit. We had no chorus-leader: whoever happened to be at the front, and therefore was visible by the rest of the chorus, led the movement of the group. This allowed us the freedom not to formally choreograph every move the chorus made, and to respond creatively while rehearsing scenes, saving a lot of time while also making the movement of the chorus fluid and spontaneous. Sound and peripheral vision were key to this – one of the most important reasons why masks were not used in the production. Instead, mask-like make-up separated us visually from the other characters.

I don’t know yet exactly how these ideas will transfer to Prometheus, or to Frogs. The chorus will have the same kind of physical presence, and I have no doubt that we’ll be singing in some more crazy time signatures to reflect the emotive rhythms of the Greek. There may be masks or puppets. We’re never going to be a stand-and-chant kind of production. But a few details have changed since the Agamemnon. The chorus inPrometheus is not quite so ever-present – in fact, it’s the lone Prometheus who stays onstage throughout the production, while the chorus appears after the first scene. And this time, Helen has decided to appoint a chorus-leader, which may affect how the chorus interacts with the other characters. Perhaps most importantly, this chorus is not made up of mortal old men, but immortal daughters of the god Ocean. We are not sure yet how the Oceanids will look or sound, though we know they will be just as engaged with the action as the chorus of Agamemnon. 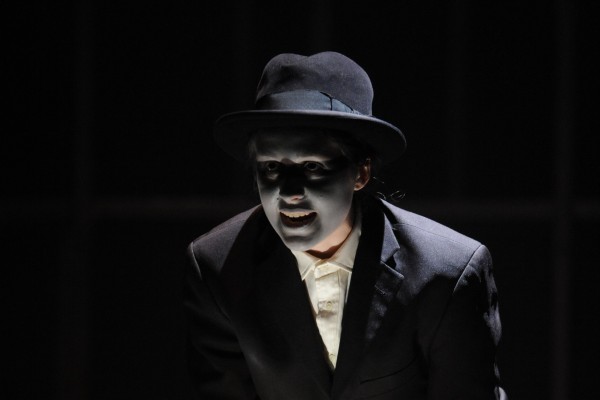 As far as I know, there are also exciting things in the works for the Frogs, though at the moment it’s mainly a stage for ideas to be thrown around. Our initial workshops have taken us through a crazy, impressive and hilarious range of musical styles (you haven’t lived until you’ve heard the famous “Brekekekex koax koax” chorus of frog noises beat-boxed in the style of Usher). The rest of the cast spontaneously sent up Les Mis, Abba, Louis Armstrong and Puccini – there was even a frog-inspired one-man band. I have absolutely no idea how any of this might feed in to the final production, but it was a great way to spend a rainy afternoon.

From the first day, the Cambridge Greek Play is completely different to any other experience in student theatre. The expertise, enthusiasm and talent on display are absolutely amazing. Nowhere else would you work with renowned theatre professionals, talented musicians, eminent literary scholars and up-and-coming actors – plus a few dozen students studying English, Classics, Music, Veterinary Medicine, History, Drama, Politics, and more, all with their own perspectives to bring to the piece. The Cambridge Greek Play is not just about hearing the language and rhythms of a masterful playwright, but also about making the production an inspiring experience for the audience. All of us – actors, academics and audience members – have something new to learn from a production like this, and after a first week of workshops I can already see that we’re going to enjoy ourselves an unreasonable amount while we do it. Once again, I’m hooked. 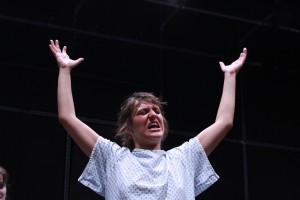