My memories of playing Lysistrata in the Greek play 30 years ago are still very vivid. I recall there was consternation amongst some in the Classics Faculty that the play was to be directed not by an academic but by a professional from modern day Greece. This meant, horror of horrors, that instead of our speaking our lines in the somewhat monotonous rhythm of the verse, we were encouraged to speak them normally. I liked that approach. We needed to make this play as accessible to the members of the audience as possible and even if they could not understand what we were saying, they would, I hoped, be able to pick up the mood from our intonation and emphasis.

There were advantages in the audience not following our lines: I told myself that so long as I remembered the last line of each of my long speeches so that the next actor had the correct cue, forgetting a few sentences here and there was not the end of the world. Funnily enough I can still remember my opening lines and the final song - the rest has gone! 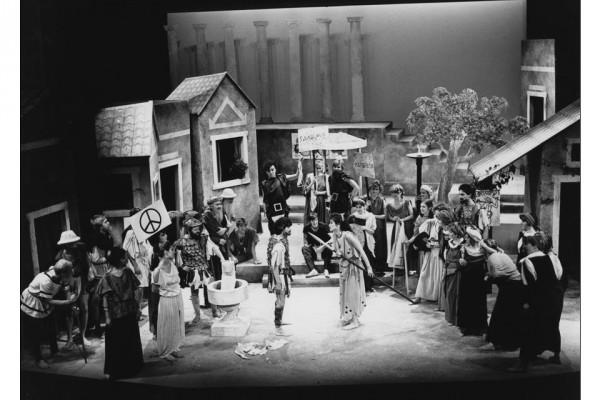 It was exciting to perform in the Arts theatre: it had a fabulous set, proper lighting, decent changing rooms, and best of all from my perspective, regular announcements; over the sound system telling us how many minutes we had before we were needed on stage. For one week in my very unremarkable acting career, I felt like a pro. The only thing I didn’t like was having to wear false eyelashes. They were really painful to pull off after each performance. I recall talking a walk round Cambridge with my friend Ali (playing Myrrhine) between the matinee and evening performances still made up and with our false eyelashes.

We had a lot of fun with Lysistrata. It is a pretty bawdy play and the director made the most of that in the props and costumes. The audience laughed a lot - and there were times when the cast did too. On the final night rather than putting water in the various jugs and ‘amphorae’ from which we drank in the party scene at the end, someone saw fit to fill them with strong Greek wine. I recall thirstily taking a large glug  and choking on the contents before managing to splutter out the final lines of the play. I like to think that Aristophanes would have approved.

I hope that this year’s cast has as much fun performing Lysistrata as we did in 1986. Break a leg! 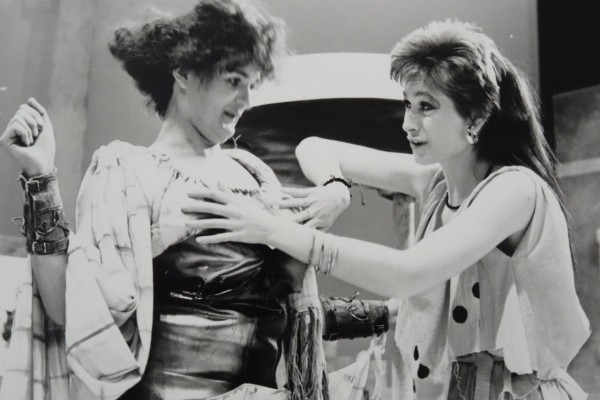 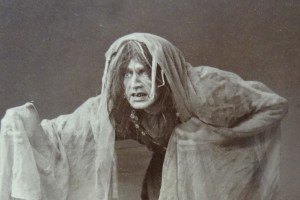